So…was in ER Saturday morning after @ the 25th or 30th episode of all night stomach cramps and vomiting. Joy! Around 8 am that morning Sarah gently nudged me in the right direction and I was “glad” I howled my way to a hospital bed. That being said this situation can be cosmically frustrating. As mentioned in my last post I thought I was figuring out the problem (eg gluten) but it was back to the drawing board Friday night. No gluten and yet I still had an attack, and that kinda-totally-sucked-completely.

Can’t – well I prob could but won’t – count the doctor visits, specialists, blood tests, scans, procedures…etc…etc…etc invested in solving ‘Leland Fay and the Mystery of the Episodic Barfing Adventures.’ It’s one of those situations where, if you had told me a few years ago I was going to get to experience nearly a month (in toto) of grueling 1:1 sessions with my pal the toilet bowl I don’t know how willing I would have been to submit.

What a minute, that’s not true. I mean what’s the alternative? Maybe its that I’m too stupid or Irish or ‘something’ to give up. Dunno. I’m too stupid to answer the question tonight. But I do know that I don’t have to stay in the dumps about this situation…that is if I choose to get out of it and change my thinking or attitude…but…how?

That’s what I’m thinking about tonight. How do you crawl out from under tough situations like these? I think everyone knows that staying low is not a great idea, on so many levels, especially if you have a tough medical condition. You know you gotta be positive and all that happy, um, talk…and nobody wants to wallow in it; and in this case “it” rhymes with a word that sounds like goop…um, no wait a minute, I mean sit, the it rhymes with sit.

The importance of changing attitudes/minds has surfaced a few times over the last few days. I was reminded after reading a Facebook friend’s recent post. She was struggling with the grinding treatments/scans and, more than anything, the fear. I could relate to that condition.

When I got booted from the clinical trial 3 years ago and, simultaneously, doctors discovered a redonkeylous number of brain tumors, and a medical professional advised us to shop for hospice, I visited a dark place. It wasn’t – crazy as this sounds – the darkest (that’s a story for other days). Regardless, it was hard to believe in anything for awhile; though I did come out eventually.

The process was/is never easy. Burning bushes resemble soppy messes. More than anything, the experience always directs me back to a lesson someone taught me years ago. If I’m having trouble believing in <whatever>, I can attempt to become willing to believe in <whatever>. Willingness to believe is, most of the time, all it takes to come to believe.

The other trick is gratitude.

However there’s a “trick” with the trick. When I’m not feeling particularly grateful, then gratitude has a tendency to piss me off…especially when some unfortunate soul suggests that I might want to attempt it (so cancer/melanohomies if you are struggling tonight, um, I would suggest you try some gratitude, but won’t, if you know what I mean 0-;).

Returning to the scene of the crime, last Saturday morning I did manage to squeeze some belief as well as a little gratitude out of those thin, pale white hospital sheets. Namely as I lay there, the thought occurred to me that, sucky as it was, at least it was me and not the Sarah or the boys.

This hit particularly close to home as we were at the ER for Derek just 2 days before, after he fractured his arm playing hockey. Tough as that little guy is, he was crying his eyes out and that broke our hearts.

And so I was and am grateful tonight that we are not trying to solve “Derek Fay and the Mystery of Episodic Barfing Adventures.”

In turn, I’m at least willing to believe that my mystery will eventually be solved too. Let’s hope that’s a good start. 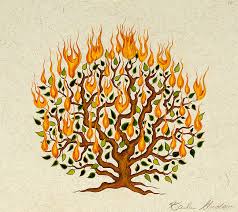